I have never been called a “lady’s lady.” In fact, I don’t think anyone EVER has been called that. When I was growing up, I felt pretty comfortable hanging around with boys, or the girls that looked suspiciously like them. I don’t know what that meant about me back then, but I sure as heck know what it means about me now.

Now, it’s not that have a personal vendetta against things that smell like “Ocean Breeze” or “Holiday Party,” but I find it interesting that there are certain women who don’t seem to be able to function past the small talk stage of a female-female relationship. Here is a typical conversation with one of these lovely ladies. I am not making this up.

It is like talking to a very nice brick wall.  The problem is, of course, that I know there is something happening on the other side.  I just don’t know how to get through. That is why candle parties and makeup parties and baby showers were invented, I guess. For some odd reason, women find it difficult to open up to other women unless there is an ulterior reason for doing so. You can’t go to a baby shower and NOT make weird little “ooh” and “aah” noises. Honestly, it must be built into our brain patterning. Anyway, nobody talks politics or religion at a baby shower, but at least you get a whole bunch of the “So, what do you think about babies?”-type questions. It gives you something to talk about with absolutely no risk involved.

This is reason I think I have never really been able to relate. Most women (and I believe, people generally) are afraid of taking chances. I have always LOVED taking chances, even when they scare the crap out of me. I guess I don’t understand how some people would let it debilitate them to the point that they never seek to talk with someone that listens to allof their thoughts, not just the ones that make them look good.

When I ask some women about this problem, the response I usually get is, “I already talk to someone like that. My husband,” or sometimes, “My mother.” It is very nice that they have that type of outlet, but it seems sad that they would limit their deep human connections to one or two people. There is a group of people who are living such surface lives, totally unexamined, and being shocked that they feel unfulfilled, lonely, and depressed.

I would like to say that it is a small group, but I can’t. According to the Express Scripts 2002 Annual Drug Atlas, which detailed types of drugs prescribed by state, “Antidepressant drugs are prescribed in Utah more often than in any other state, at a rate nearly twice the national average. Other states with high antidepressant use were Maine and Oregon.” You can speculate why this is as much as the next person, but I think there is something about our surface connections with other people that need to be examined and changed. 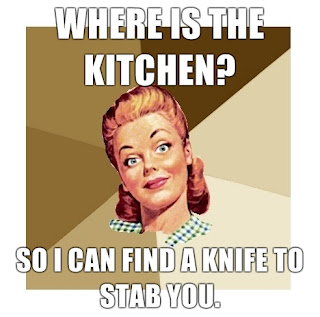 Moreover, I can’t say I’m above the practice of putting my “best personality forward,” and purposely avoiding more meaningful interactions that might lead to conflict.

When I was pregnant with Abigail, I had some lovely people from my church throw me a baby shower. I arrived early, just in case they needed my help with anything or wanted me to pre-taste all the cheese (which I did without being asked). I wandered around, looking at the decorations and found myself amongst the ladies, who were just “chatting.” I hate chatting.

They were talking about candles. How many of them they each had, what flavors, where to get the bestcheapestMormoniest ones. I stood there, hoping that the tide would turn to, I don’t know, the situation Rwanda or something like that. They talked about candles for 15 minutes. I just stood there, nodding my head, wishing I could say something other than “Vanilla is my favorite, too.”

After having recently moved to Portland, I realized how much this train of thought was making me crazy. I found myself praying to find someone who would be willing to actually talk with me, not just “chat,” at me.

Fortunately, I have had the pleasure of knowing some real wild women throughout my lifetime. Women who are unafraid to speak their minds, women who know that they have an important voice that can’t be stifled. One of these ladies is an old friend of mine who also lives in Portland.

One day, right after an extended attempt to interact with a very “nice” woman that ended with her looking uncomfortably off into the void for 5 minutes and then telling me she had some “other things to do,” I went over to see my old friend. To my joy and amazement, she immediately proceeded to tell my why my politics are completely wrong and why artists should pursue their destiny at any cost.

It was exhilarating! I realized that at some point I had broken through the wall! We were actually talking, actually sharing our thoughts and feelings, and we didn’t need a baby shower or candle party as a pretend platform.

I realize that making friends is a process, right? It’s about having experiences that build on experiences. Eventually you open up to each other like beautiful roses and you go skipping through the field holding hands. I’m sure that’s what it’s like for everyone else. At least, that’s what I imagine. 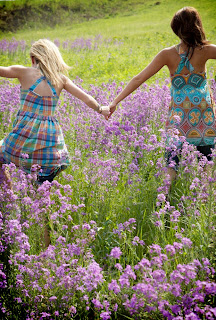 For me, I just want to find other people who aren’t afraid to just fast-forward all the boring stuff and get right to what’s important.

A few weeks ago, I met a woman who was bringing her two daughters to play at a bouncy house down the road from us. I sat down and we started talking. I told her I was really self-conscious about my teeth. She told me she wanted to be a professional photographer but didn’t ever seem to have enough time or money to do it. I asked her to be my friend and she said yes, just like I remember doing in 3rd grade. We exchanged phone numbers and now she is one of my best friends in Portland.

What changes could we make if we were willing to risk being actual friends with other people? Not just “Did you want to order more foundation this month?” friends, but actual, “What do you think about when you’re alone?” friends. Although our houses might not smell as good, I think that we would more than make up for it with an increase of humor, love, and understanding for ourselves and others.

I’m not saying that a person shouldn’t talk about candles or soccer if that is what really moves them. There is no space in our limited earthly experience for judging, although I seem to find time for it constantly. Instead, I just wish for a world in which we appreciate the candle, but spend our time talking to each other about the flame.